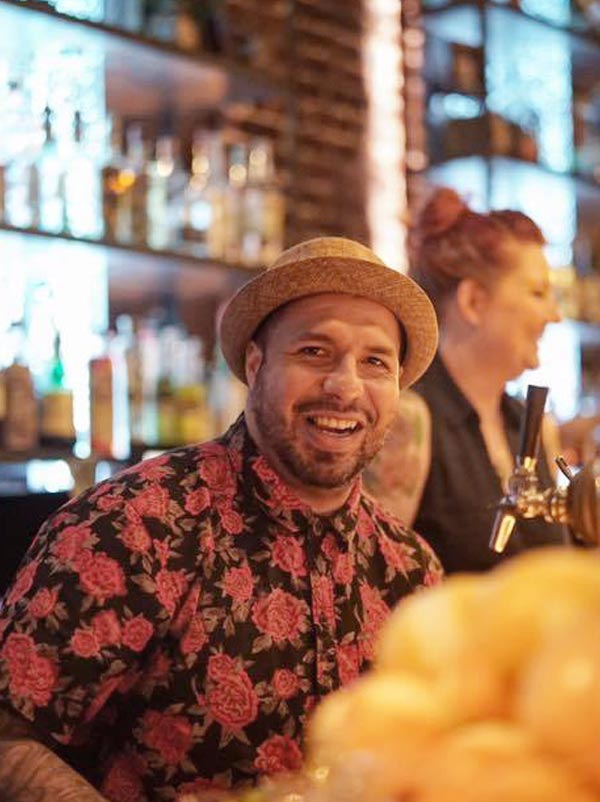 Born and raised in Los Angeles, Oz Serafin first began his bartending venture at Belasco, one of the largest nightclubs in LA. Not only did he help open this giant of a venue, this was where he first encountered his passion for bartending. Amongst so many other things that accompany opening such a place, it was there he learned his speed and technique.

Afterwards, he worked in an assortment of bartending platforms, including restaurant bars, dive bars, etc. Exploring all of these different levels of bartending introduced him to the other aspects, such as meeting amazing people, hospitality, the world of spirits, the creativity and pride that goes into making a delicious cocktail, and ultimately contributing to the well rounded bartender he is today.

Eventually, this would lead him to the Bay Area where his talent and passion would continue to round and grow. He made his first mark as the bar manager at Oak and Rye of Los Gatos in developing a creative and versatile cocktail program where he quickly gained attention not only locally, but in San Francisco as well. Having created a successful bar program in a less competitive area comparatively, it only made sense that his next step would be to further his career in the city.

He first made a stop in Oakland and soon found himself working at Trick Dog in San Francisco, arguably one of the most well known bars in the world. Oz is the type that truly takes pride in all aspects of bartending. He believes in providing great service, knowing your product, making great tasting and balanced drinks, staying humble, meeting people and showing them a great time while not taking yourself too seriously. He now resides at the Rusted Mule, which is a newly established trendy and bustling Steampunk themed bar on Polk and Sutter.