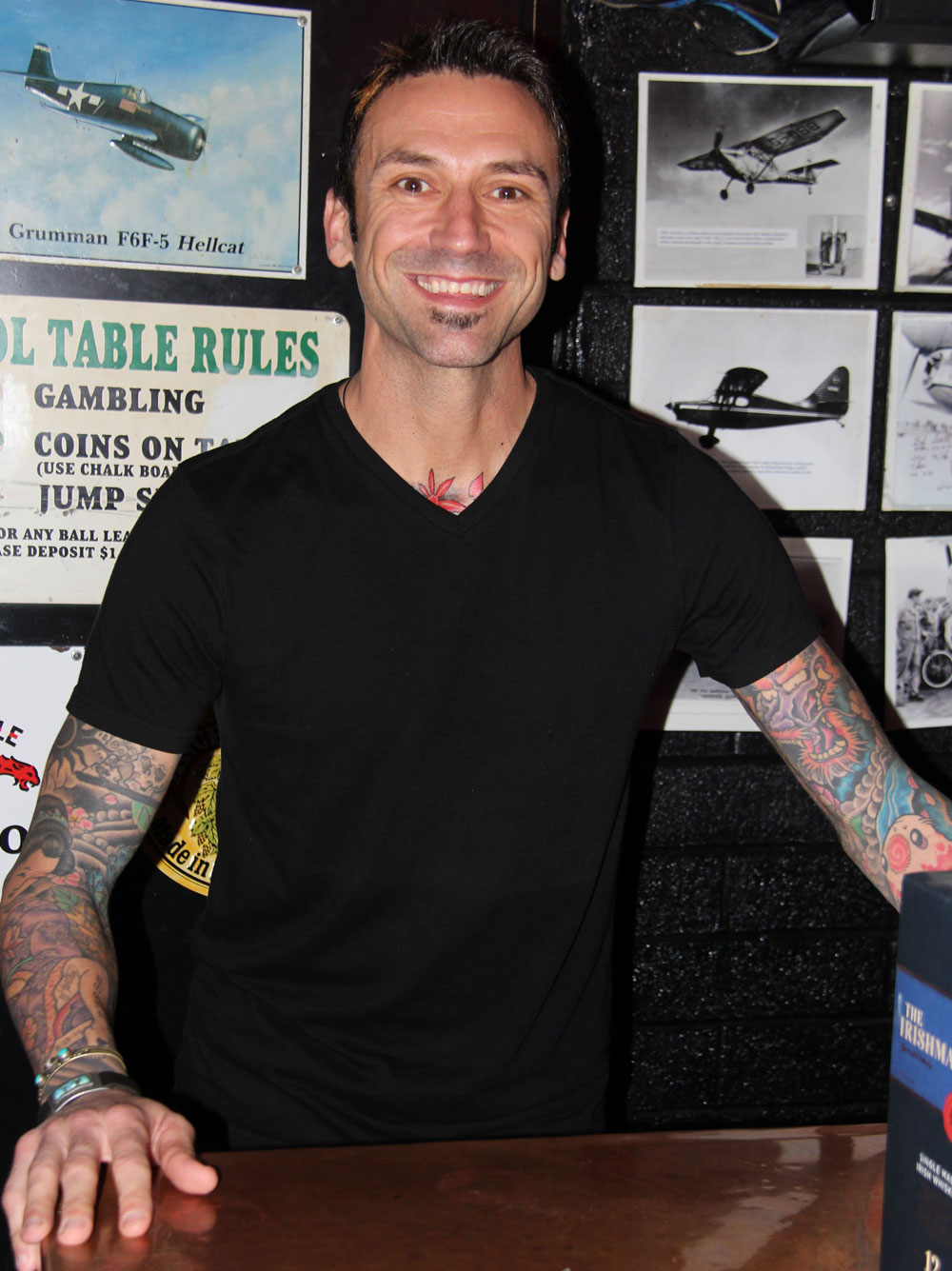 Chad Berkey is Vice President of TIN PLAY Precision Pour Flair Tins, LLC. Along with his business partner Jeremy LeBlanc, Chad invented and patented the innovative TIN PLAY Precision Pour Flair Tin and accompanying three-way muddle, jigger and opener. Chad brings to TIN PLAY his vast and varied experience, having worked in all facets of the bar and restaurant industry over his 22 year career.

Growing up in small-town Pennsylvania, Chad supported his budding career as a professional motocross racer by working in the service industry. When injury derailed his racing ambitions, he focused his full interests on becoming a professional show bartender. He honed these skills in the Virgin Islands, working in several resorts and nightclubs on the Island of St. Croix.  Desiring greater challenge, Chad moved to San Diego in 1998, where he began his successful and illustrious bartending career.

Working at San Diego hot spots Moondoggies, On Broadway, Jimmy Loves, Altitude Sky Lounge, and Confidential, among others, Chad became recognized as one of San Diego’s top and most knowledgeable bartenders. Chad currently manages and bartends at one of the countries most established whiskey bars, The Aero Club. This San Diego land mark has been in business since 1947, and has won numerous awards over the years. It’s been Maxum Magazines “Bar Of The Month”, mentioned in the New York Times as one of the “things to do in San Diego”, and praised in the Whiskey Advocate. For the last 10 years the Aero Club has been Chads home away from home.